First Thanksgiving in China! Before, I wondered how celebrating this lesser known American holiday in the East would be different. Well, the answer: Not much. Minus the turkey and family, it was rather familiar: people bustling out of food markets and into kitchens, cooking up a storm, leaving behind an impressive mess, lots of stuffing of one's mouth, lots of schmoozing, lots of music.

The Yale-China fellows decided to congregate in Guangzhou, where four fellows were teaching on the beautiful, very green campus of Sun Yatsen University. I normally lug my hefty DSLR camera to gatherings like this, but decided to pack light this time. Thus, I had to rely on my vintage iPhone camera (and a nifty application called Hipstamatic).

Apologies in advance, the pictures are not in any order. Also, there is a story at the end! 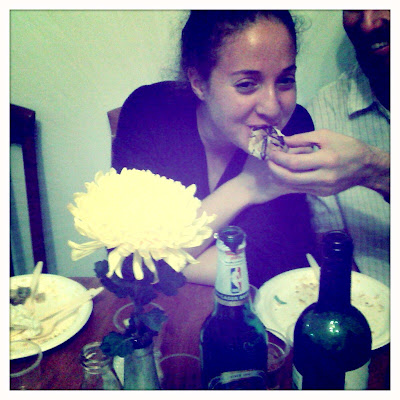 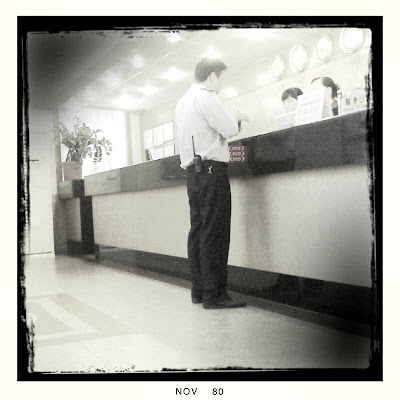 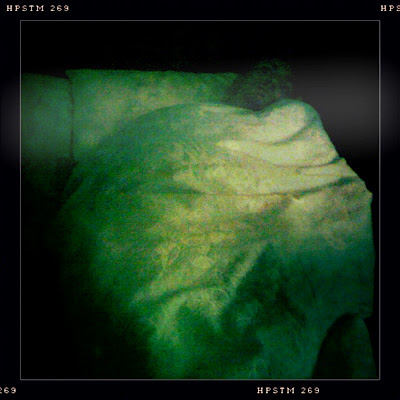 Colin, asleep after fending off hordes of mosquitoes. 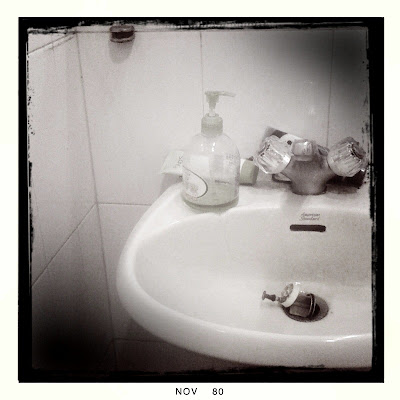 Sometimes inspiration strikes at the strangest places and moments. 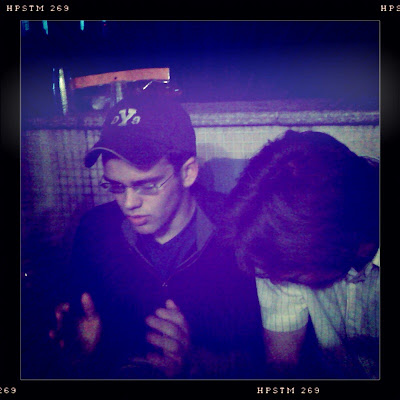 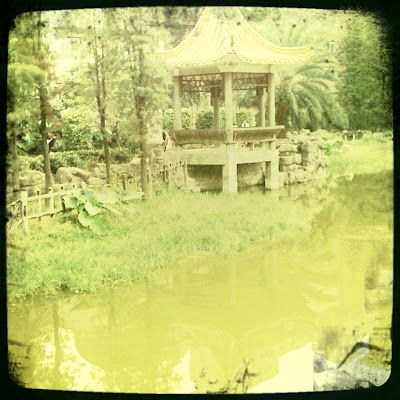 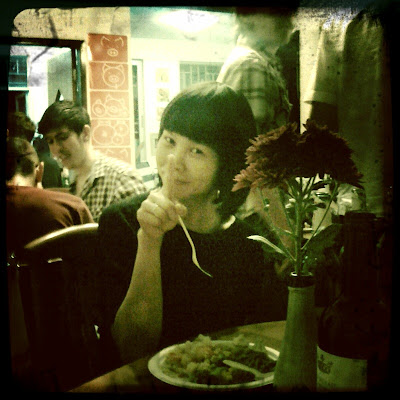 I shouldn't be playing with my phone during dinner. 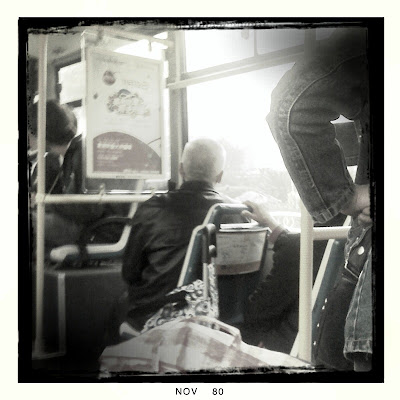 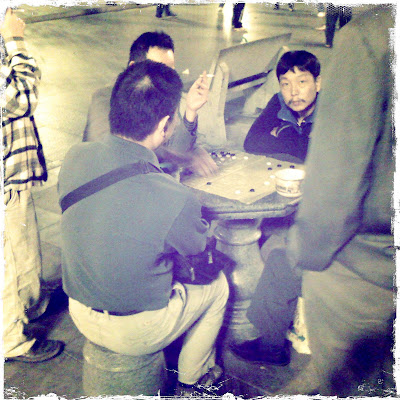 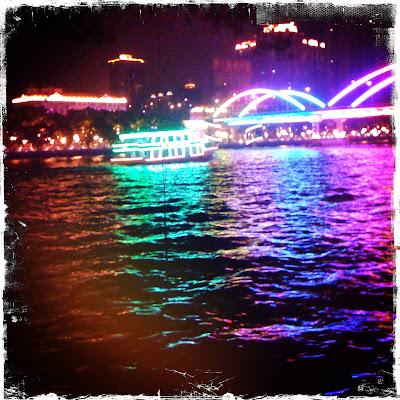 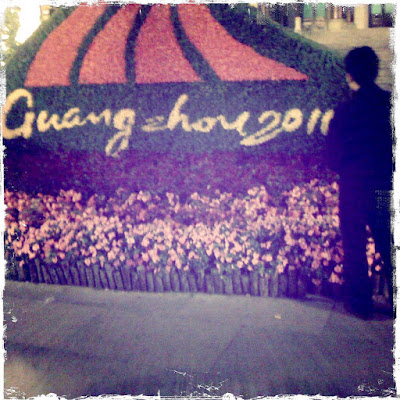 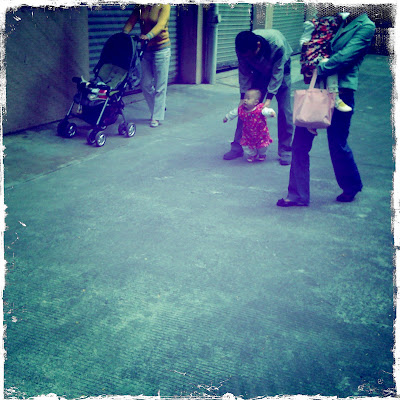 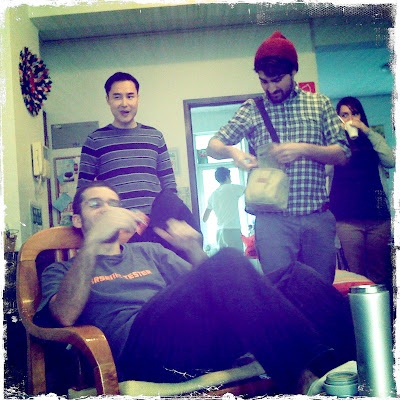 Some of the gang. 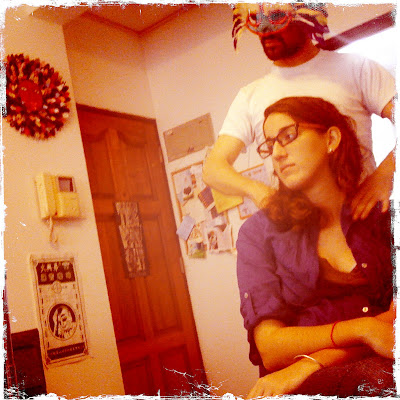 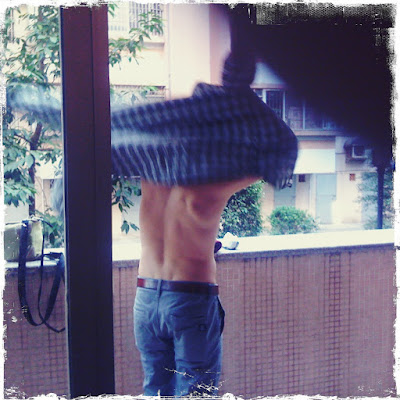 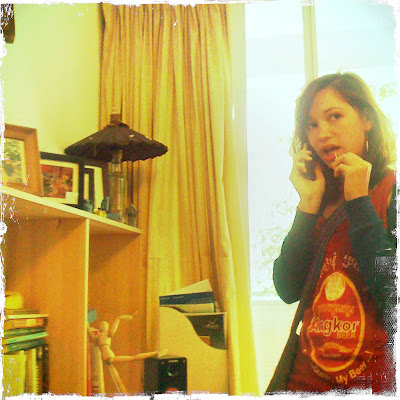 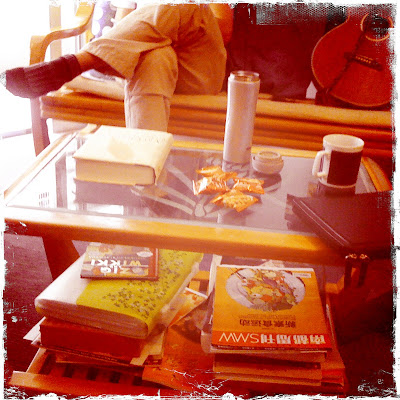 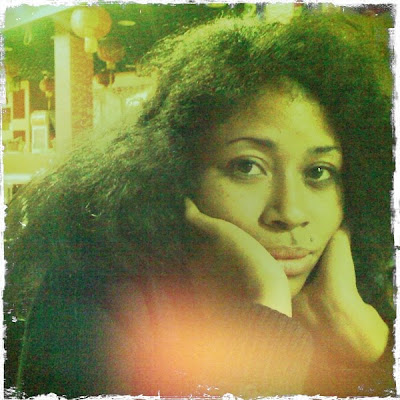 I think I am cursed with the worst luck when I travel, and that bad luck sometimes rubs off on my companions. Missed buses, trains, and planes; luggage left in taxis; booking the wrong dates--I've experienced it all.

On this trip, one of my travel companions to Guangzhou had her wallet stolen. At first, it didn't seem so bad--only a couple hundred rmb lost, some credit cards, and an already-expired driver's license. Then, we realized our bullet train tickets back to Changsha--not cheap--were in that wallet.

It was a sunk cost. No use fretting over it. Nothing else could be done except for buying new tickets for the same train (my poor bank account). So, I did, and off I went onto a train for which I paid twice.

On the train, I fell asleep, and two hours later, we are back in Changsha. Home safe! Except... the train doors closed in front of me just as I was about to step off. The bullet train continued to Wuhan, a city that's not even in the same province.

Apparently, I had woken up at the end of the 3 minutes that the train stops in Changsha. There was nothing to be done, I had to continue on this train to Wuhan.

In situations like this, I can kick myself over and over, beat myself up for my silly mistakes; or, I can just accept that I made a really careless error, and move on. Either way, I can't really change my situation. I choose the latter. Since I am still in the Thanksgiving spirit (my big dinner was only last night), I should say that I am thankful to the stewardess--a kind, young woman who allowed me to stay on the train for no extra cost; I am thankful that the train turned right back towards Changsha after stopping in Wuhan (it could've kept going to who knows where...); and, I am thankful that, in the end, this mistake only cost me an extra 3 or 4 hours.

Hope everyone had a joyful Thanksgiving!
Posted by Gang at 7:27 AM 84 comments:

In the last few weeks, I've been frequenting this one cafe. Owned by a friend, it is probably the one place in all of Changsha I find most relaxing. It is never a bad idea to go there, no matter the time of the day (or night). Even if it is a ridiculous trip. All the way on the other side of the river, it takes anywhere from 45 minutes to 1 hour and 15 by bus, depending on the traffic. By taxi, for about 25¥, the time is decreased to 40 minutes, give or take 10.

But somehow, I still find myself there two or three times a week, for hours at a time. Some of my more memorable conversations in China took place there. All of my favorite drinks were concocted there. 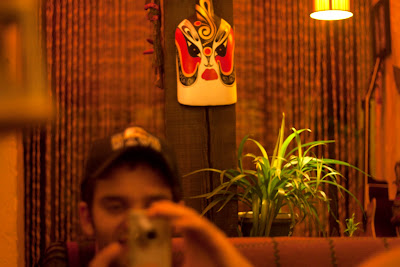 An out-of-focus picture of Chris taking a picture at Haozi's.

Anyway, after a bizarre dinner with the director of the Yali Alumni Association and a student's parents, I decided to make the hour-long trek across the river to Haozi's. I naively hoped to finish lesson-planning for the rest of the week there. The duration of time I was actually in the cafe was just what I expected--familiar faces, a delicious chocolate strawberry drink Haozi created on the spot, good music. Of course, no significant progress was made on lesson planning. It wasn't until when I was about to leave when some strange/grotesque/intense things occurred.

First, a random girl sitting nearby suddenly turned to me, shouted "陈刚同学, Bye! Bye!" and dashed out the door. No idea who she was. In fact, I'm pretty sure I've never met her in my life. How did she know my name? Truly inexplicable.

Then, as we were walking from Haozi's to the noodle shop, I noticed a sizable frog in front of me, heading towards the street. It was already past midnight; few cars were out. So, I didn't think the frog would have any trouble crossing the street. Unfortunately (as you probably already guessed, why else would I bring it up?) the frog met an unfortunate end. Midway through the road, a taxi came by, and... squish. Actually, it was more of a pop, like the sound of a balloon pumped with too much air.

This is actually the second time I witnessed something of this sort. About a month ago, I saw a dog get hit by a car that was going down the wrong way of a one-way street. The poor dog limped to the sidewalk and died, right in front of me. People say these things come in threes. I'm terrified to see what will be the third...

The end to my night was spicy. Literally. Xiaohong, this friend who works at Haozi's, brought Chris and me along to a noodle restaurant for her midnight snack. She warned us that the item she usually gets is extremely spicy, but being foolhardy young men, we refused to go for a milder choice. Bad decision. It was the single spiciest dish I have ever had. Ever. A spice that numbed not only the areas around my mouth, but my entire face. Brain-numbing spice. My stomach did somersaults, my legs wobbled. Chris and I emptied the water cooler. More than a few tears were shed.
Posted by Gang at 3:14 AM 2 comments:

Every city should have a Ferris wheel...

I firmly believe this.

A well-placed Ferris wheel can add a romantic flair to the city, no? By the river... in a large, open space... like the London Eye or the Singapore Flyer. It can really be a classy addition to the city skyline.

The effects of one can be enormous. Pritzker winner, Sir Richard Rogers, says it more eloquently in an essay about the London Eye:

"The Eye has done for London what the Eiffel Tower did for Paris, which is to give it a symbol and to let people climb above the city and look back down on it. Not just specialists or rich people, but everybody. That's the beauty of it: it is public and accessible, and it is in a great position at the heart of London."

Many mayors of Chinese cities have agreed with me; five of the ten biggest Ferris wheels can be found in China.

Of course, the wheel should be strategically placed, to maximize its effects. 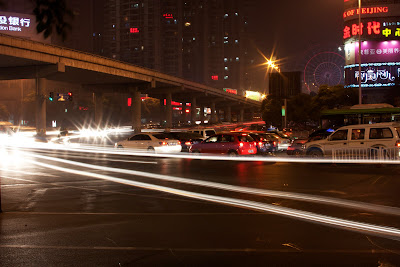 A street intersection just around the corner from Yali, later in the evening, with the Ferris wheel in view.
Unfortunately, Changsha did not seem to worry much about the exact location of its Ferris wheel. Currently, it is in a section of the city crowded with tall but dim buildings, including one that is right next to the Ferris wheel, essentially blocking 70% of the view. The overall experience is quite underwhelming. Quite a dud really, the way it is tucked away in the back. Why didn't they put it somewhere alongside the major river running right through the center of the city, where one can see much of the city's skyline, where the riverbanks are lit up with mesmerizing (though admittedly, somewhat tacky) lights?

Anyway, who's on board my campaign to get every major city around the world to build a Ferris wheel?