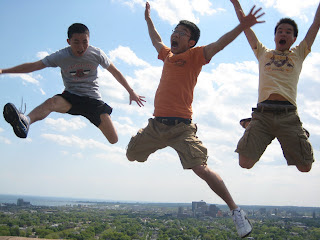 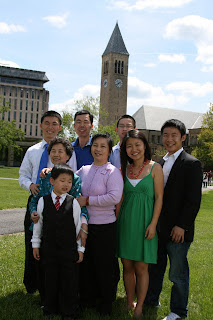 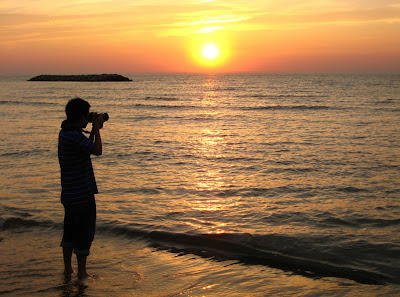 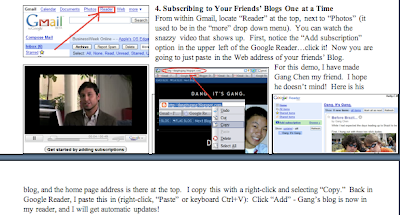 So apparently Kelly and Adam (administrators over at the Light Fellowship) created a guide on how to use this blogging website.

To demonstrate how to add friends to your blog, they chose mine as an example! Hehe, my fifteen (or fewer) minutes of fame! Sweet.

I will post a picture of the guide if I find one to scan.

Annnyways, sophomore year of college has finally ended. Looking back on it, I've realized I've traipsed across almost the entire east coast, from the cold, New England town of Providence, RI to the warm, tropical city of Jacksonville, FL. I've logged tens of thousands of miles on my lovely white Mazda. 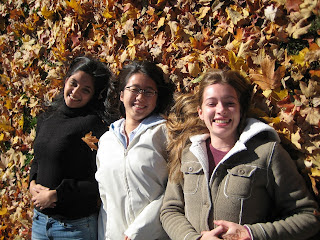 Fresh from an entire summer in Beijing, I rushed head-first into Fall semester of my second year at Yale in September. New Haven was just starting to become colorful as the leaves on the trees turned into the many splendid shades of red, yellow, and orange.

The picture above are my friends Sannya, Lily, and Adrianne, all lying in the leaves!

As the air turned crisp in the Have, I married. Twice. Yes, I now have two wives and four kids. =)

Before any nasty rumors are spread, let me explain. These "families" are part of a program headed by the Chinese and Taiwanese student groups on campus. Basically, upper-class students pair up and "marry," then adopt a couple of freshmen to take care of throughout the year. I am raising a family in the Chinese organization as well as the Taiwanese. It's like having a family in the United States and another one in England or something, right? Perfectly legit.. yes? No? Oh. Hahaha... 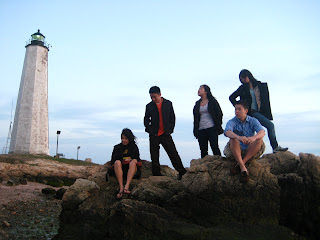 These "families" really were a significant part of my second year. I frequently dined with them, played games (Speed Scrabble - so much fun!) with them, and even went out with them.

Here's a picture of my CASA family at one of my favorite places in New Haven- Lighthouse Point. Besides having the lighthouse, this park has a beach, a carousel, a large play ground (with swings and slides!), and a field of green grass to frolic on.

The families really had an impact on my experiences this year. I got to know people whom I wouldn't have met otherwise. I learned about different places in the United States and internationally. They introduced me to new books, new movies, and different outlooks on life. I grew. My mind grew.

And, oh yeah, most importantly, I received the excuse to dine at restaurants where I would never have been able to convince myself to visit. 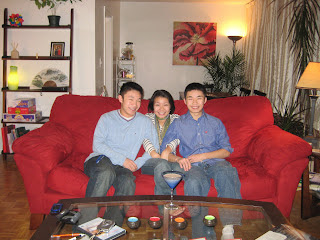 Compared to my freshman year, I was definitely more excited to go home during breaks, and when I was home, I enjoyed myself much more. Why? I'm not sure... Perhaps it was because in the first year, I was just thrilled to be in college and away from where I lived for most of my childhood. The new experience negated any homesick. Or, maybe it was because this past year was more stressful, and the inviting atmosphere of home was just too tempting.

I missed my parents. I missed my siblings. I miss my grandmother. The breaks seemed so short. I felt like I was missing so much that was going on in my family. When did Devon grow past my waist? Jie is starting to look at colleges, reeaally? Sigh...

I also took my first long-distance roadtrip this past year. For Spring break, a couple of friends and I decided we were going to drive down to Florida. Sun, beach, and alligators... what more could a guy ask for during Spring break? 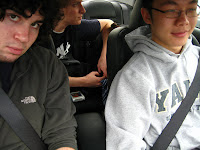 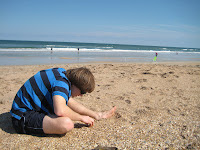 Coolest part of the trip? Space shuttle launch at 2:27 in the morning. 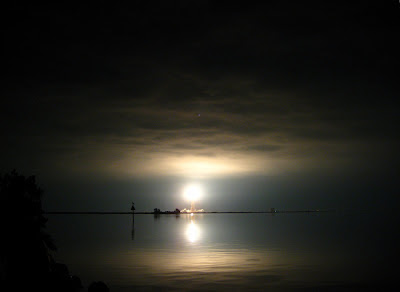 I don't remember the last time I was that excited for anything. Sitting 12 miles away in the dark and waiting for the countdown to the launch, I felt like something big was about to happen. And it did. The flames from the rockets lit up the entire sky like it was day. Space shuttle Endeavour was a ball of light shooting into the sky, disappearing into the cloudy night. The rumbling of the launch was felt only moments later.
The entire experience only lasted a few seconds I'm sure, but it felt like time was frozen. This is definitely a memory I will tell my grandchildren. Yay!

Anyways, although the year is over, I am still living on campus for "Dead Week." Dead Week is actually the two weeks before commencement, where there is no classes. I will update on my life once Dead Week is over.