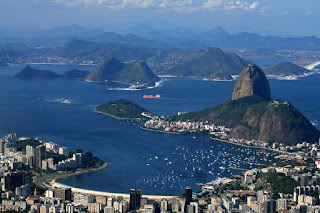 I'll start with my favorite: Food
Yumminess. Deliciousness. So, at several restaurants that we went to, the cooks would just bring out huge slabs of meat and cut off how ever much you want. Beef! Chicken! Pork chops! Ribs! Lamb! It was meat heaven! They really know how to eat over there. We, over here, have so much to learn.

What we actually went there for: Concerts
The Yale Concert Band played six concerts at various venues in Sao Paulo, Campinas, Santos, Sorocaba, and Rio de Janeiro. I thought we played pretty well, but the audiences went crazy! They are crazy over there! I've never seen any crowd get so excited over a concert band performance! Ah! It was ridiculous! They exploded after every song and, strangest but coolest thing ever, clapped simultaneously when they demanded an encore. We played so many encores during each concert that we literally ran out of music. It was glorious. 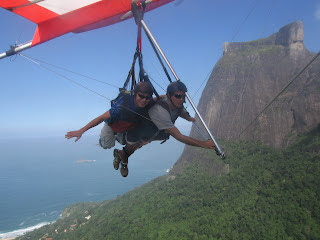 The scariest part of hang-gliding was jumping off the mountain. After that, it's smooth sailing - just enjoy the view. I did it tandem, and right before the jump, my pilot tells me that two weeks ago, a pilot forgot to clip himself in after he had clipped his passenger in. After their jump, the pilot promptly fell off and left the passenger all by his lonesome. Thankfully, he had a parachute and was able to crash into the trees without fatal injuries. Poor passenger... can you imagine seeing your pilot fall? I would have freaked out. The passenger crashed into the trees as well and survived. =)

Anyways, here's a video of my lift-off!

Geography: The beaches and the mountains
Rio de Janeiro is gorgeous. GORGEOUS. Fifteen miles of beaches, surrounded by rolling mountains. If I knew Portuguese, I would probably live there. I really don't know how to describe Rio's beauty, so these pictures that I took will have to do: 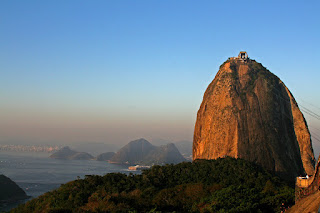 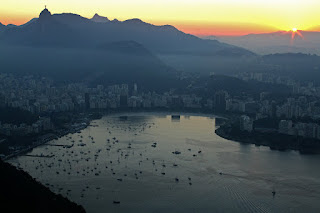 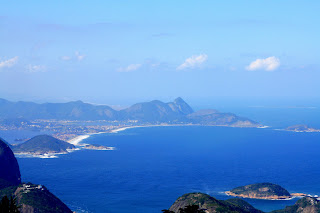 Anyways, as I write this post, I am waiting in Detroit for my flight to China. Even though I've been back a couple of times already, this time is especially exciting. I won't have my family to rely on, and I will be with lots of students my age. Hopefully, the transition will be painless.